Ihave traveled from Japan to Bangalore to attend Appium Conference 2019 for more than 8000 km for 24 hours on June 13th. Now that I’m back in Yokohama, I wanted to share what I learned with all of you. On June 14th and 15th, Appium Conference was hosted at Bangalore, India. The conference covered with inspiring and practical talks featuring the Appium team and the world’s top mobile testing and automation experts. It was a great two days filled with lively talks, India food and networking.

I’m not a newbie to Appium, so this recap will focus mostly on the new things in Appium talks, in addition to how to build an infrastructure for Appium. If that interests you, keep on reading.

[KEYNOTE] Appium: The Next Generation by Jonathan Lipps

The keynote was presented by Jonathan Lipps, a project lead for @Appium, a former Director of Open Source at @Saucelabs and highlighted the realities and challenges that Automation Engineer face in a century where technology products change day by day. It was a great talk and blow my mind by show me how  Appium is not only a mobile test tool, but also useful for other technical stuffs.

Recognition for the people who contribute code, documentation or just submit a bug, help someone else for using Appium.

The stakes are getting higher so the job will be getting harder and more complex (TVOS, IoT stuffs, Chatbots, etc…)

Your job is getting complex? Are your tool is keeping up? 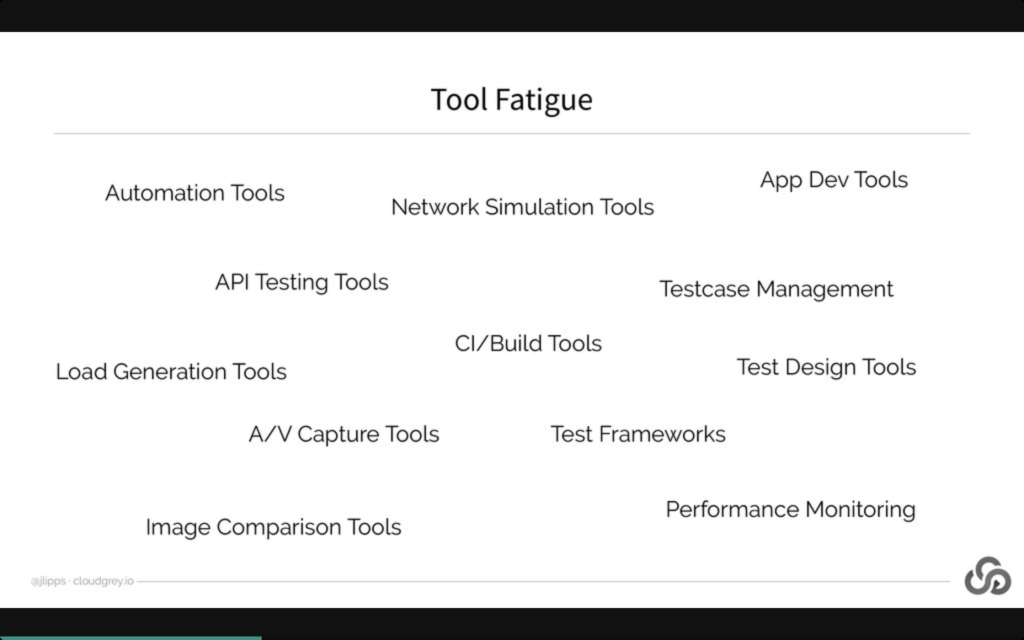 Where does Appium fit?

Appium is a common interface for platform automation? Firstly, Appium let you remote control a mobile device, but beyond mobile devices it as a common interface for any type of platform (smart TV, IoT, etc). And Appium couldn’t support capabilities for any platform, so they need all of us contribute something like driver for other platform (we will dive in driver for Raspberry Pi or TV OS afterward, Samsung created driver for Tizen in next recap)

From Appium 2.0, We could write your own Appium driver starts with inheriting and extending Appium Base driver module. I ensure that Appium’s own ecosystem is growing more and more, base on Appium’s philosophy and development methodology are well-suited to adapting to whatever the testing ecosystem.

Appium won’t do everything, but Appium will keep up?

Fun Example: One of my favorite moment in this talk.

As the software industry grows everyday with a tidal wave of challenges and complexity. And to improve user experience, the new technologies, platforms will be launched. I predict that the power will shift towards the end-users, but there will be increasing pressure on QA and Automation testing companies to improve itself. Appium is not only making a powerful automation testing tool to companies reduce fatigue in Regression Testing for mobile application, but also baseline for developers do creative incredible things with helping from big community has open perspective.

What is next?
I will have recap of Visual Validation by AI/ML and Pixel by pixel libraries. It promises to be pretty interesting talks with some demo and open source. Stay tune.